Here are a few screenshots comparing the official blu-ray, the original SD version of ANH:R and the new HD version. As you can see i’m sticking pretty close to the shots in the original SD version of ANH:R (impossible to exactly recreate the shots without all the original elements and project files). Some shots though will be different . This will be due to a few reasons, but mainly because i wasn’t able to do / fix something when i first worked on the edit or because the original elements used just don’t look very good in HD. In the case of the R2 canyon shot, for example, the AOTC Blu-ray is so soft and digitally scrubbed ( not to mention the new awful colour grade used), the Tatooine elements that i originally used just don’t look to good and pretty fake/ cartoony. Plus i was never really happy with that shot in the first place.

Battle Droid has been re-added to the shot from ANHR. 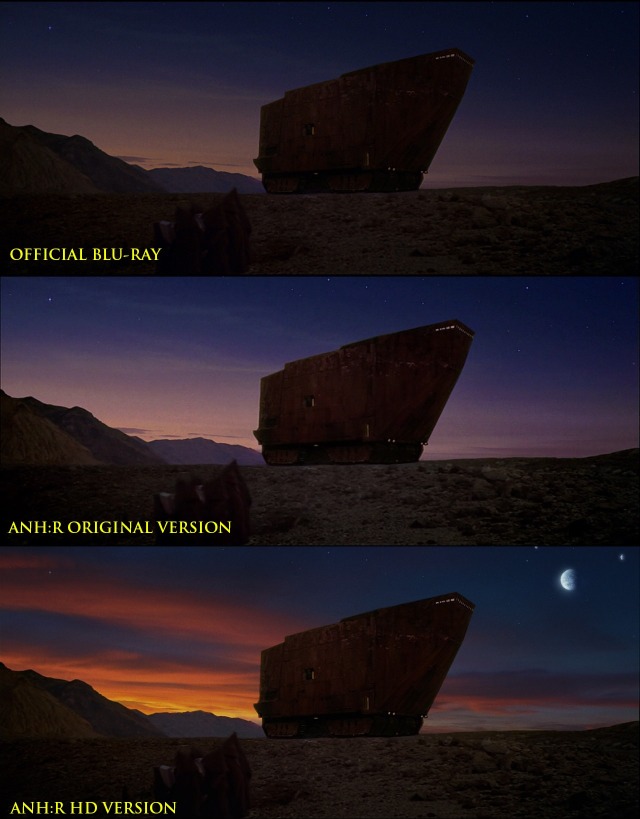 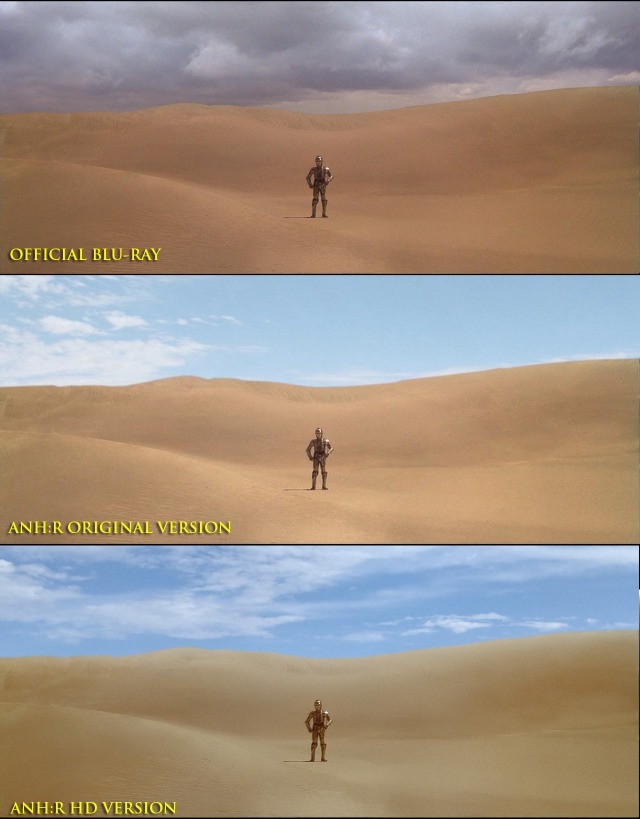 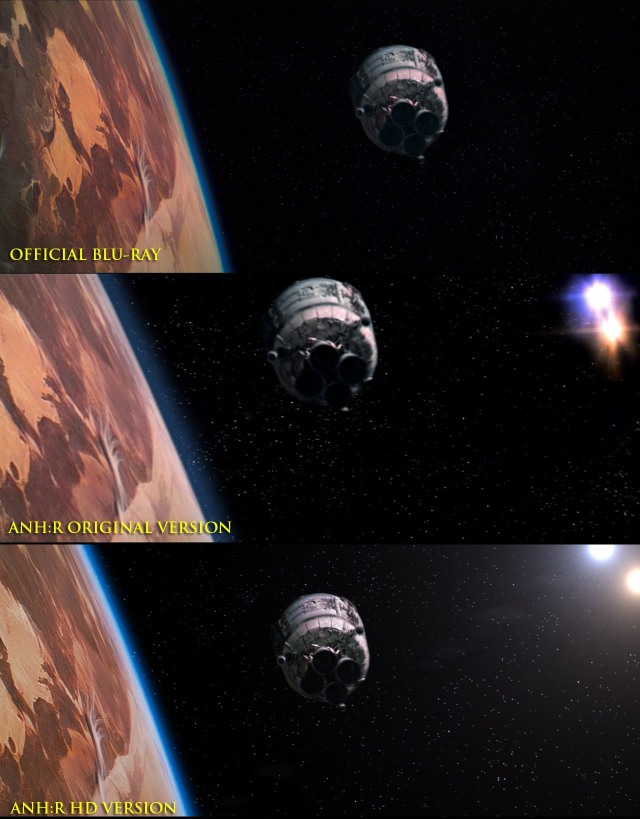 This shot was recomposited with new suns elements. 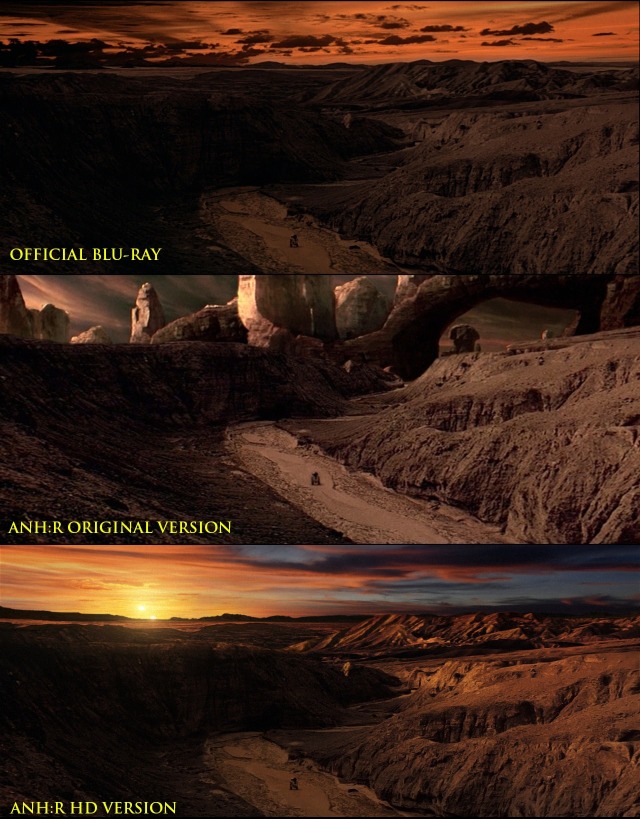 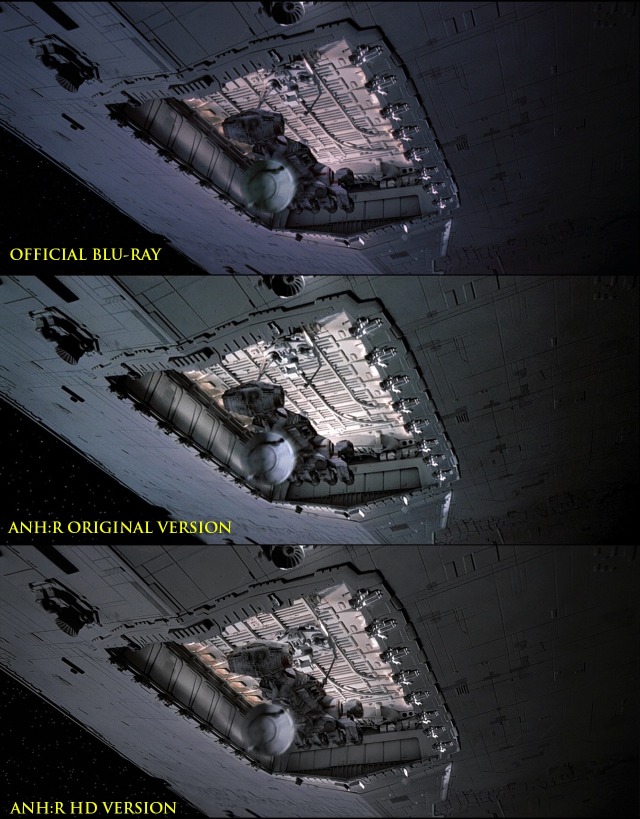 The Blockade Runner is deeper in the docking bay and grasped by the pincers.

Curator of Star Wars Visual Comparisons, webmaster for Star Wars Revisited, former co-host of Standard Orbit podcast, all around nerd.
View all posts by doubleofive →
This entry was posted in News and tagged A New Hope Revisited, Adywan, Star Wars Revisited. Bookmark the permalink.
Loading Comments...
%d bloggers like this: