The donation drive is going well. Thanks again to all who have contributed so far. We’re just over £1700 away from reaching the target. If we can hit the target by the end of this month, as a small thanks you, i will upload a clip of the redone Obi-Wan/ Vader duel from ANH:RHD

Donations for materials needed can be made through:

Now onto the first part in a short series of posts where i explain some of the changes i will be making for ROTJ:R.

In this scene, their dialogue doesn’t make much sense with what we see on screen. Leia says” The main entrance to the control bunker is the far side of that landing platform. This isn’t going to be easy”. To which Han replies “Hey, don’t worry. Chewie and me got into a lot of places more heavily guarded than that”. Well that wouldn’t be difficult because there is nothing or no one down there apart from the landing platform. And the only activity is the shuttle leaving. Which comes to the other problem. The scene directly before this is the scene at night when Luke faces Vader on the landing platform and is taken away to the shuttle. It’s the same landing platform and it makes it look like they were just sitting around in the shuttle for hours waiting for daylight.

It’s interesting though when you read this scene in the original novel: 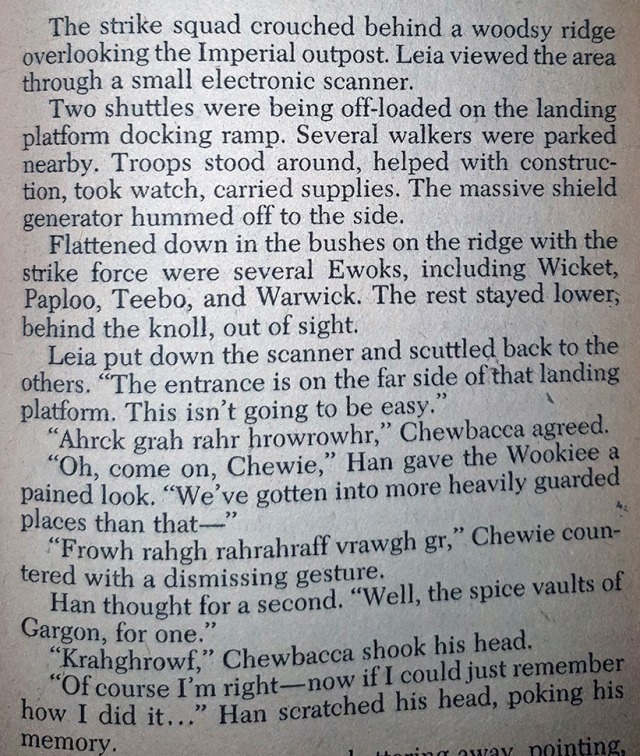 Now that fits in perfectly with what they are saying on screen. Even though Han’s dialogue is slightly different, it’s still basically the same as in the film. This is the type of thing we should be seeing on screen at that point, so that is what i will be doing, using a mixture of physical models , miniature sets and digital FX. It’s going to be a heavily guarded place

Curator of Star Wars Visual Comparisons, webmaster for Star Wars Revisited, former co-host of Standard Orbit podcast, all around nerd.
View all posts by doubleofive →
This entry was posted in Change Explain, News and tagged Adywan, Landing Platform, Return of the Jedi Revisited, Star Wars Revisited. Bookmark the permalink.
%d bloggers like this: